We begin by asking how the moral status of animals has been understood by thinkers who deny that animals have rights. Then we test the mettle of their ideas by seeing how well they stand up under the heat of fair criticism. If we start our thinking in this way we soon find that some people believe that we have no duties directly to animals, that we owe nothing to them that we can do nothing that wrongs them. 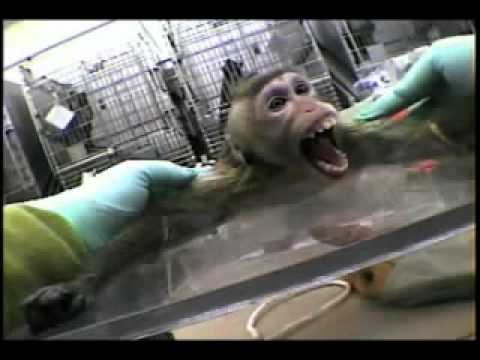 Basil Blackwell,pp. That movement, as I conceive it, is committed to a number of goals, including: There are, I know, people who profess to believe in animal rights but do not avow these goals. Factory farming, they say, is wrong - it violates animals' rights - but traditional animal agriculture is all right.

Toxicity tests of cosmetics on animals violates their rights, but important medical research — cancer research, for example — does not. The clubbing of baby seals is abhorrent, but not the harvesting of adult seals.

I used to think I understood this reasoning. You don't change unjust institutions by tidying them up. What's wrong — fundamentally wrong — with the way animals are treated isn't the details that vary from case to case. It's the whole system. The forlornness of the veal calf is pathetic, heart wrenching; the pulsing pain of the chimp with electrodes planted deep in her brain is repulsive; the slow, tortuous death of the racoon caught in the leg-hold trap is agonizing.

But what is wrong isn't the pain, isn't the suffering, isn't the deprivation. These compound what's wrong. Sometimes - often - they make it much, much worse. But they are not the fundamental wrong.

The fundamental wrong is the system that allows us to view animals as our resources, here for us — to be eaten, or surgically manipulated, or exploited for sport or money. Once we accept this view of animals - as our resources - the rest is as predictable as it is regrettable.

Why worry about their loneliness, their pain, their death? Since animals exist for us, to benefit us in one way or another, what harms them really doesn't matter — or matters only if it starts to bother us, makes us feel a trifle uneasy when we eat our veal escalope, for example. So, yes, let us get veal calves out of solitary confinement, give them more space, a little straw, a few companions.

But let us keep our veal escalope. But a little straw, more space and a few companions won't eliminate - won't even touch - the basic wrong that attaches to our viewing and treating these animals as our resources. A veal calf killed to be eaten after living in close confinement is viewed and treated in this way: To right the wrong of our treatment of farm animals requires more than making rearing methods 'more humane'; it requires the total dissolution of commercial animal agriculture.The Case f()r Animal Rights.

TOM REGAN. Tom Regan is professor emeritus of philosophy at North Carolina State University. He has written or edited more than 20 books and published numerous articles.

His books on the subject of animal rights include. All That Dwell Therein (), The Case for Animal Rights (), and.

He was professor emeritus of philosophy at North Carolina State University, where he had taught from until his retirement in Regan was the author of numerous books on the philosophy of .

The Case for Animal Rights, by Tom Regan

Read this Social Issues Research Paper and over 88, other research documents. Thoughts on Animal Rights by Tom Regan. I regard myself as an advocate of animal rights -- as a part of the animal rights movement. That movement, /5(1). The Case for Animal Rights is a book by the American philosopher Tom Regan, in which the author argues that at least some kinds of non-human animals have moral rights because they are the "subjects-of-a-life," and that these rights adhere to them whether or not they are recognized.

The work is considered an important text within animal rights .

The Case for Animal Rights - Wikipedia